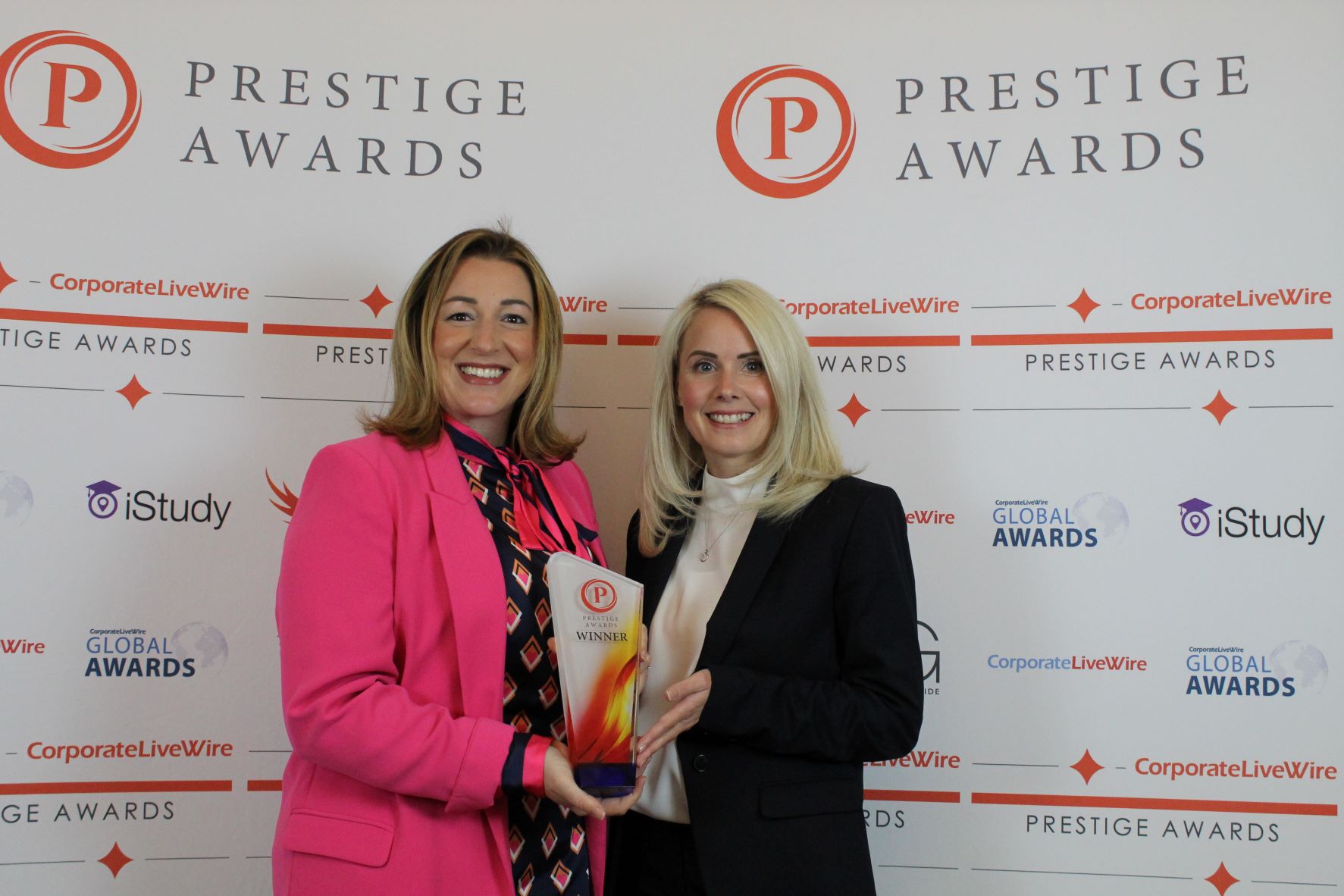 The team at iPET Network has been hand-picked to bring together the unique knowledge and skills relating to Animal Care, Veterinary Science and Education.

Fern moved her business expertise to the Canine industry in 2009. Launching Four Paws in Cheshire, Fern transformed pet care from a hobbyinto a career, realising the need for doggie daycare through her own dog's experience whilst she worked. Keen to build her skills she trained in related areas such dog grooming, dog behaviour, first aid and more.  Coupled with her marketing knowledge she introduced more services to the Four Paws brand including grooming salons, grooming training schools, doggie daycares and boarding kennels. Sarah Mackay joined Fern as a business partner of Four Paws Groom School in 2017 and together they went on to write the OCN Level 3 Diploma in Dog Grooming (also known as The Open College Network West Midlands Level 3 Diploma in Dog Grooming). However, they saw a need in the Canine and Feline sector for more regulated qualifications to help improve animal welfare and teaching standards across the board.  In 2020 iPET Network was recognised by Ofqual as an Awarding Organisation, changing both their roles.  As a Director of iPET Network, Fern forms part of the Governing Body ensuring the quality and integrity of the qualifications are upheld. Fern prides herself on her approachability and is keen to connect with other businesses to explore further opportunities. She enjoys getting to know the Training Providers and keeping up to date with industry developments to ensure iPET Network stays at the fore of the Canine and Feline industry. Her enthusiasm is inspiring, and she thrives when demonstrating her passion for animals and education.

Since 2016 Sarah has worked full time in the dog grooming industry and has pushed boundaries in all she has done.  Sarah joined Fern as a partner in Four Paws Groom School and shifted the dog grooming training business towards the delivery of regulated qualifications, recognising the need for a sector specific Awarding Organisation.  Sarah was key in iPET Network becoming recognised by Ofqual, presenting qualifications which give greater opportunities to Training Providers and Learners alike with centres across the UK and Europe with enquiries reaching further afield from America and Asia.

Her exemplary organisational skills were perfected in her previous career as a HR and Training Manager, and she brings a wide knowledge base to her current expansive role. Sarah is a qualified External Quality Assurer and is often the first point of contact for new Training Providers wanting to deliver the iPET Network suite of qualifications.  She is thorough in her approach, taking the time to support and develop those around her. As part of the Governing Body, Sarah is passionate about raising industry standards and believes that education is the key to better animal welfare. As such, her goal is for iPET Network is to become the market leading Awarding Organisation for the Canine and Feline Sector.  Sarah is keen to help learners understand the differences in regulated and unregulated qualifications and promotes the benefits of continual professional development through her inspirational mentorship.

As iPET Networks first employee, Alex has been a large part of the journey and a key player in the iPET Network story. Alex began working with Fern Gresty nearly a decade ago through the Four Paws businesses in her role as an apprenticeship assessor.  Her role was to support the apprentices that were on programme and to do this efficiently, she expanded her skills and undertook further qualification including Dog Grooming qualifications.  Over time, this led to her refocus on dog grooming and she began delivering dog grooming tuition. Her exacting standards matched well with the businesses and her enthusiasm for quality teaching was evident and she was mentored by Sarah Mackay.  When given the opportunity to join iPET Network she jumped at the chance and was pivotal in iPET Network gaining Ofqual recognition.  Today, Alex is known by most Training Providers due to her External Quality Assurer role whereby she ensures the qualifications integrity is maintained. Outside of work she is a keen horse rider and sees the scope to widen iPET Network's animal qualifications.

Tony joined iPET Network in 2020 after a successful career teaching and developing qualifications.  He has worked in a wide range of sectors which owes him a wealth of knowledge. As an avid reader of modern educational theories, Tony is an inspirational leader. In recent years his focus has been on delivering higher level education and teaching qualifications, working to meet OFSTED criteria.  Tony has been instrumental in the creation of some of iPET Network's more unique qualifications, adding the relevance of the Canine and Feline sector to subjects usually uncovered. Since joining the team, Tony has implemented a new E-Portfolio system which has improved the delivery of all iPET Network qualifications and allowed for a clear audit process. Tony's aim is to embed a dynamic culture of creative qualifications into iPET Networks portfolio which engage learners and allow for interactive teaching delivery across a wide range of mediums.

Annette began work in the animal industry as a teenager, gaining experience in the equine sector and committing over 15 years to a career around horses.  Her skills transferred to canines in 2010 when she joined Four Paws as Manager of the Doggie Daycare, Grooming and Boarding Kennels in Northwich, Cheshire. Annette was fundamental in the growth of the Four Paws business and assisted in the development of the brand to include grooming salons, grooming training schools, doggie daycares and boarding kennels.  Due to this growth, her role changed to focus on the needs of the growing team and their training and development opportunities particularly focused on Animal Care and Welfare apprenticeship delivery.  Today, Annette encompasses all her knowledge and skills in her role as Compliance Manager at iPET Network.  Her attention to detail is key in ensuring the quality checks are consistent but also acting as a support to Training Providers as an IQA.

Vicki joined iPET Network in April 2021 from a background in animal care, dog grooming and equine apprenticeship delivery. Previously working alongside Fern as an apprenticeship provider, she has witnessed the growth of iPET Network and was keen to join the team! Vicki has come aboard carrying out the role and responsibilities for IQA and EQA, focussing on the whole quality process.  Supporting all of our Training Providers to improve the delivery of all our Ofqual recognised qualifications, Vicki is the first port of call for questions and queries.  Her experience includes supporting numerous learners of all ages and abilities through a variety of qualifications and she understands why quality is so important to iPET Network.  Vicki is passionate about development and is undertaking more qualifications to support the demand and growth of the business which offers further opportunities to Training Providers and Candidates alike.

Rachel joined iPET Network in September 2021, having previous industry experience within Animal Care, Dog Grooming and Equestrian Apprenticeship programme delivery. Rachel previously managed and supported a team of Assessors and IQA’s as well as working in Learning and Development to support the progression and development of individuals to drive and improve the quality of performance, having a focus towards the whole of the quality delivery process.

Rachel’s previous experience has included the day to day running of Four Paws Groom School in Cheshire for the delivery of Dog Grooming qualifications.  Rachel’s experience includes supporting numerous learners/students of all ages and abilities through a variety of qualifications and is passionate about the development of others.

Louisa joined iPET Network as a Qualification Developer in 2021.

She qualified as a veterinary surgeon in 2006 and spent three years working in small animal general practice before finding her passion for education.

Louisa’s career eventually progressed into qualification and content development where she gained extensive experience of e-learning, instructional design, assessment, and project management as well as developing a range of professional and vocational qualifications.

Sophie joined iPET Network in November 2021. Sophie has experience in various animal care settings such as kennels, catteries, livery yards, dairy farms and petting zoos, before going on to study BSc Hons in Animal Behaviour and Welfare at University.

Sophie has worked as a dog groomer and holds a Level 3 Diploma in Dog Grooming. Sophie also has experience working within rescue centres and as a veterinary receptionist.

Sophie uses this experience and her passion for learning and animal welfare to support training providers as an internal quality assurer, helping to develop new qualifications to add to iPET Network’s portfolio and key administration to keep the business moving forward.

Dawn has previously been an Animal Management lead for a Further Education College for over 7years, as well as a zookeeper for 3.5years, specialising in Asian elephants and large cats. Dawn has travelled around various countries and has taught in Cambodia and Thailand for short spells. Dawn soon gained the passion to groom dogs further which led to Dawn achieving her iPET Network Level 3 Diploma in Dog Grooming and Salon Management. Dawn enjoys walking and the outdoors.

Julie first sparked her interest in dog grooming as a teenager through work experience at a small grooming salon in Cheshire. She then left grooming to pursue a career in a number of different sectors including providing training for new Police Officer recruits at the National Police training center and gained a qualification in Criminal Law Administration. However Julie has always had a passion for Dog Grooming and after completing her Training at Four Paws Groom School in Cheshire in 2013 she was then taken on as Four Paws Groom School Tutor. Julie then went on to open her own Grooming Salon in 2017 and has also now come full circle and is once again working for Fern and Sarah in another role as IQA at IPet Network and striving to create the number one choice for Canine and Feline Training Providers in this sector.

Jasmine joined iPET Network in 2022 as an IQA. She has worked as a dog groomer since 2013, first volunteering in a salon to get grooming experience and then going on to become a stylist in Pets at Home in 2014 where she worked for 5 years. She has also worked in kennels and catteries before as a volunteer so has extensive knowledge and experience in the canine and feline sector.

After completing her Level 3 Diploma in Animal Management in college she took the route of dog grooming and has loved working with dogs and animals. Most of her jobs have been strong customer-facing roles so has excellent communication skills and can easily build rapport with people.